Closing time and the end of an era for OFB

OFB has hosted a Thursday Blues Jam in Kalamazoo for almost all 11 years of its existence. Hosting the jam has had many impacts on the band – some good, some bad. For instance, there are bars in Kalamazoo that wouldn’t book OFB because of the regular gig. On the other hand, it’s made us more fearless on stage, which can be a lot of fun.

The closing of The 411 Club is a big blow for the blues community. There are all sorts of sayings you’ve heard a million times about doors closing and opening, endings and new beginnings, and though I don’t like being trite, the end of this Thursday Blues Jam is a new beginning for OFB. It’s an opportunity to move on to other things as a band. Our decision to walk away from the privilege and responsibility of running a blues jam is a really big deal for us. A really big, bittersweet deal… 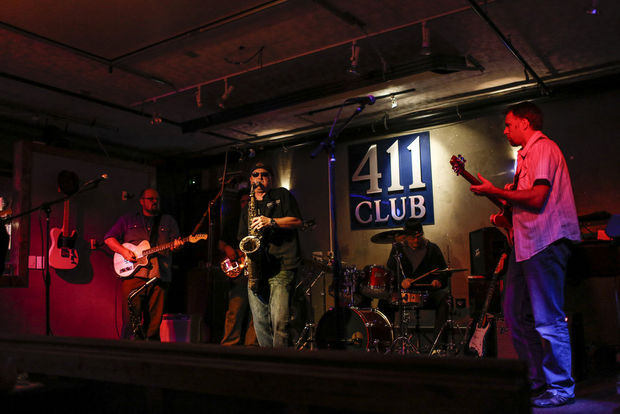 With OFB, we rotate the job of running the jam between the five of us…and it is a job. And when it’s your turn, you feel it. There’s a responsibility to try to get everyone who’s signed up on stage. There’s the organizational challenge of making sure all the necessary pieces are up there (drums, bass, guitars, vocals, etc.). Beyond that, there’s the notion that the music should be listenable, so you have to pay attention to the experience levels of the players a little bit.

That’s already a lot to think about. Add to that the one guy who doesn’t want to get up with the other guy, and the one guy who brought his buddy and really wants to get up with him, and the singer who doesn’t play any instruments but wants to get up to sing a couple. Now realize that you either make these people happy and compromise the quality, or say (to yourself), “screw it,” and run the stage how you want and piss those people off.

How many people have gotten mad in the last six years and stormed out of the bar? They’ve been waiting too long. They don’t want to get up with people. They’re not happy at my reaction when they say, “I just want to get up and do a couple of solo tunes on this acoustic guitar,” when there are 20 people ahead of them on the list.

So sometimes it’s annoying to run the jam.

Being on stage with the other guys in OFB is, hands down, the most fun I have. Period. There’s nothing else like it. When we’re at our best, playing with OFB is like all the good parts of a roller coaster back to back to back. It’s new love, over and over again. It’s driving just a little too fast to be safe. It’s the Ickey Shuffle, the Super Bowl Shuffle and Tebowing all rolled into one. (Do you see how I took it one step too far there?) My point is…it’s exhilarating. And while it’s not fair to compare anything to that…I do.

So sometimes it’s not musically rewarding to host the jam.

Being a part of the Thursday Blues Jam has made me a much better musician. In the beginning, at Wonderful’s, I learned what it’s like being on stage. I hadn’t been playing guitar very long when I went down there for the first time and I learned about being a working musician right away. More recently, the jam has made me a stronger leader on stage. It’s made me a much better front man and singer. It’s made me think a lot more about what happens when I’ve got a guitar in my hands.

And the jam is a huge service to the blues community. It’s a place where musicians meet bands who need musicians. It creates situations where everyone plays UP to the level of the best musician on the stage. (You see that a lot when Bobby Wilson is up there.) It creates situations where people working in our favorite bands can get up and play with each other in ways they wouldn’t at their own shows. And when all of those things are happening at their best, it can be quite a show for the crowd.

OFB has grown from twenty-somethings who didn’t know anything, to a group of guys who have been at it for so long we somehow gained a little bit of status in the blues community. (Just a little.) I think we’ve each had conversations with less experienced players, encouraging and giving advice on one aspect or another of what has happened on stage. It’s like mentoring, but with booze. And I can’t overstate how rewarding that part of my experience running the jam has been.

Walking away from the jam is going to be a sad thing. There are things I’m not going to miss, like on Friday, when I wake up for work and I don’t have any sort of hangover and I will probably have had more than five hours of sleep. That’s going to be amazing. 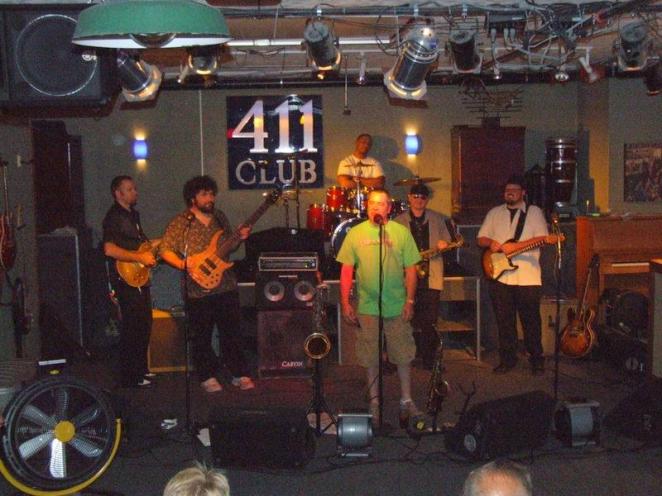 The closing of the bar means I won’t have seen a bunch of people I like. That’s something I’ll miss for sure. I’ll miss laughing with Katey and Kelsey while they hunt for bottles of Makers Mark and Traverse City Whiskey to keep the band in good shape. I’ll miss laughing outside with the Barkers and Ralph and Tim Miller.

The closing of the bar and OFB walking away from the jam have become one event for me, but one didn’t cause the other. We’ve been at it for a long time and the bar closing has given us an opportunity to make this decision. It’s not the end of the band by any means…just the end of a chapter for the band. A long, long chapter. I’m glad OFB got the opportunity to host the jam for so long. It made us better. And I’m looking forward to what comes next.